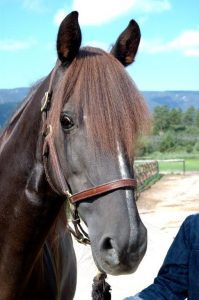 What is colic? Colic in horses (as described in Wikipedia) is defined as abdominal pain, but it is a clinical sign rather than a diagnosis. The term colic can encompass all forms of gastrointestinal conditions which cause pain as well as other causes of abdominal pain not involving the gastrointestinal tract. The most common forms of colic are gastrointestinal in nature and are most often related to colonic disturbance. There are a variety of different causes of colic, some of which can prove fatal without surgical intervention. Colic surgery is usually an expensive procedure as it is major abdominal surgery, often with intensive aftercare. Among domesticated horses, colic is a major cause of premature death. The incidence of colic in the general horse population has been estimated between 10 and 11 percent on an annual basis. It is important that any person who owns or works with horses be able to recognize the signs of colic and determine whether or not a veterinarian should be called.

Research and Testimonials:
One Colorado horse owner describes her horse’s problems with constant colic bouts, “I considered a certain number of gas colics the norm since I lived in Colorado with its volatile barometer changes. It wasn’t uncommon to have our vet over to the farm several times a month to deal with a colic episode. But one particular mare, Tiffany, had a colic episode many times after eating her dinner. She would lie down and get up until the gas passed on through. This became so common that we would not call the vet as she seemed to resolve on her own.

“Because of Tiffany, I was instantly drawn to the EquiPride exhibit at the 2005 Rocky Mountain Horse Expo and decided to give it a try. But many of our horses let the EquiPride drop down to the bottom, not finishing it so we started feeding a minimum of 2 cups of soaked beet pulp along with the EquiPride. We have been using EquiPride and beet pulp for over 2 years on our herd of 60 Morgan horses and our gas colics have dropped 95%. And Tiffany’s gas colics happen only occasionally now. I love the product and besides the drastic reduction in colics, we have beautiful, shiny coats–slick in the summer and short and dense in the winter.” –Marilyn Esteb, Stone Pine Farm, Larkspur, CO

Questions for You:
What have you done to help your horse’s colic episodes? How often has your horse had bouts of colic? What’s the scariest colic episode you recall?