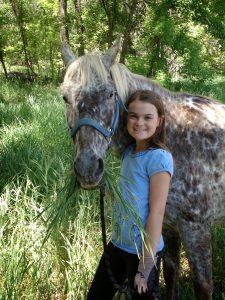 “In 2011, Diamond was treated at the vet hospital for colic. Fortunately, she was OK, but we had a nice big vet bill! At that time, our family was introduced to the EquiPride products to help supplement her diet. Diamond was constantly licking the salt block so we knew she needed more minerals. Since that time, she has a scoop of EquiPride each day and has never experienced a problem with colic again and prefers the EquiPride product over the salt block.

“In late September 2013, Diamond tore the suspensory ligament in her hind left leg. Based on examinations by two vets, Diamond was confined to the rear part of a stall (approximately 6 feet by 10 feet) for a minimum of 6-12 months to recover. The first 2 months she could only be taken out and walked about 10 feet at a time, 2 times a day.

“Since she was confined to a small stall to recover, she quickly became bored. To help her with the boredom and to ensure she still had enough minerals to promote her healing, Diamond received EquiDisk which we tied to the gate of her stall. Diamond immediately began licking the disk and continues to use it several times a day. After 3 months in a stall, Diamond’s progress is improving better than could be expected. She is walking normally, enjoying her minerals, and expected to make a full recovery. Her coat is again full and sleek, her eyes are bright and her attitude is MUCH improved. Much of that can be attributed to the benefits she experienced using EquiPride and the EquiDisk!

I am a firm believer that this has helped both Diamond with her ligament  recovery and Abby who just had surgery! Thank you for your support!” -Kelly Baker McCormick 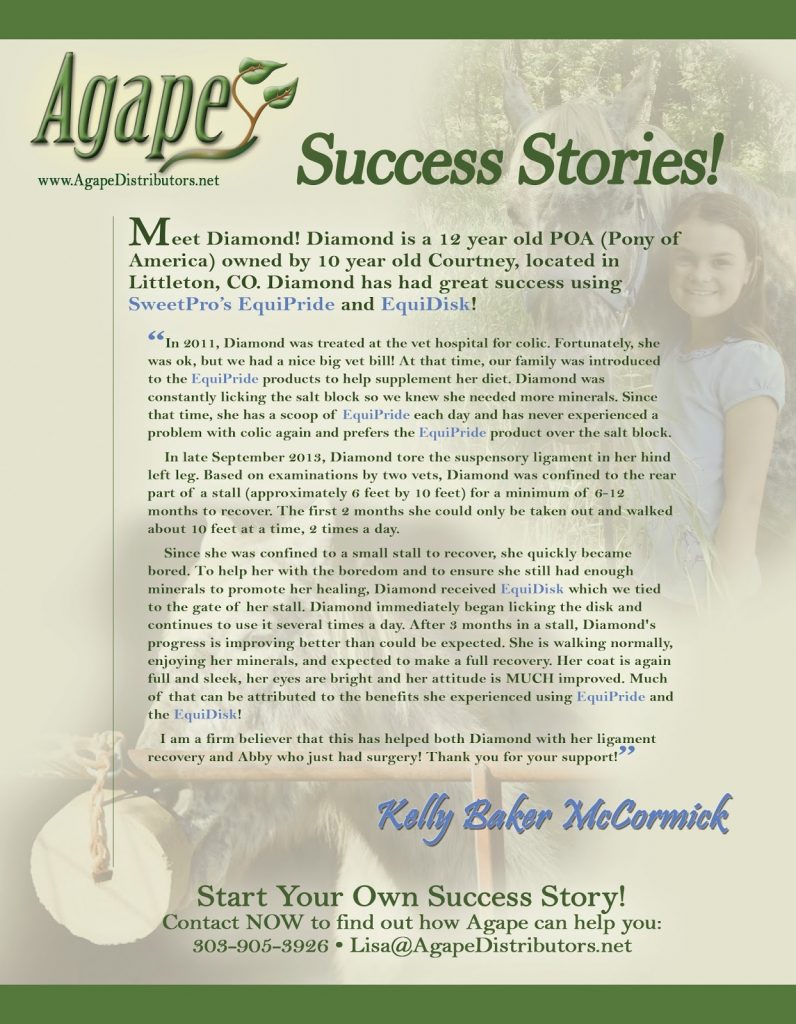