About 2 weeks ago our Arab mare, Kari, was behaving strangely when I was feeding hay. She was lying down and did not get up to eat. I made her get up but she immediately went back down and began rolling. I grabbed a halter, lead and walked her around but could not keep her on her feet. I had to get a whip to get her up. I ran and grabbed a tube of Equipride Gold and gave it to her. Very soon thereafter she passed a lot of gas and walked more easily. After about  90 minutes I gave her another and again-shortly after that, she passed a lot of very soft and liquid manure. She then wanted to drink and nibble some hay.  By evening she was at the gate waiting for her mash. I checked on her through the night, but she was perfectly normal and had no after-effects at all. I have used Gold before for various issues and it has proven to be very effective in whatever I have used it for. I will never be without it! –Sandra Golemb
Get a tube:
https://agapedistributors.net/product/equipride-gold-paste-single-tube/ 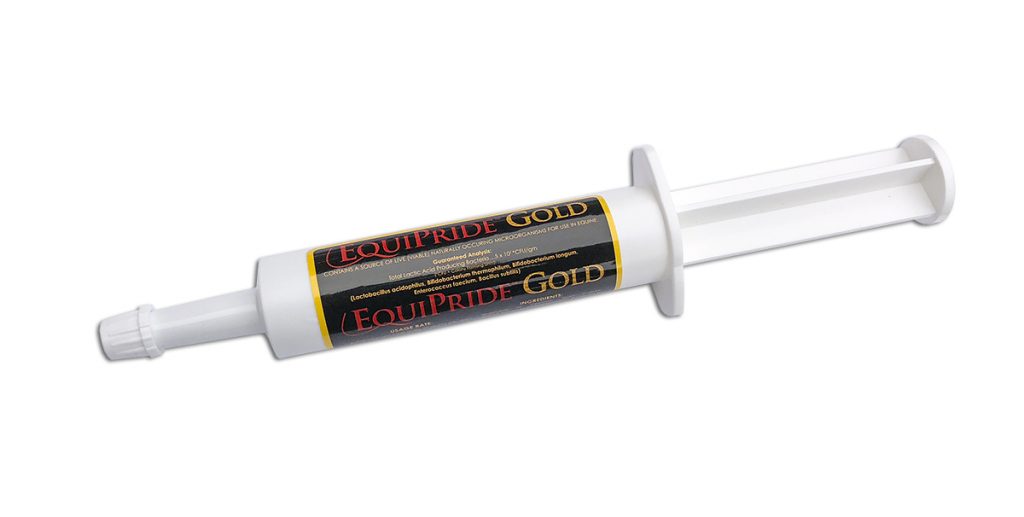