We at Agape Naturals are strong supporters of 4-H! We’re proud to sponsor several Arapahoe County 4-Hers with SweetPro feed supplements. Read Sharon’s updates here on using EquiPride with her horse.

April 21, 2016: This month with my project I have taken riding lessons almost every Friday at my neighbor’s house. I’ve also started to ride my horse more at my house since the weather is nicer. We have open ride nights at the fairgrounds every Friday so that we can all start getting our horses ready for fair. Soon, my 4-H club will start to have horse meetings at the fairgrounds on Tuesdays so we can start practicing patterns and showmanship. 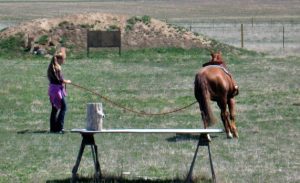 May 31, 2016: This month to prepare for fair, I went to a horse meeting at the fairgrounds. I practiced a horsemanship pattern, and I also did showmanship. It was fun because I enjoy doing anything with horses. A challenge that I am having is getting my horse to lope slower so it’s easier to do patterns. I have made progress though, because he lopes slower that he used to. 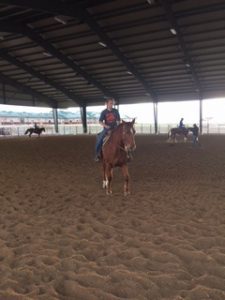 June 29, 2016: This month in preparing for fair, I have been riding my horse almost every day and working a lot on getting him to keep his head down at the lope. I went to a horse show on June 4th where I got high point, which was good practice before fair. I also started riding English because I want to get high point at fair and to do that you have to do both English and Western. I also passed the level two test for both English and Western. This year, I am planning to do gymkhana, but I’m mostly doing that just for fun. 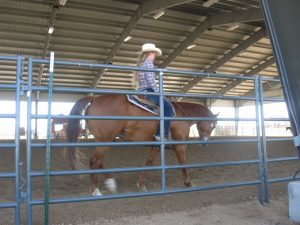 August 1, 2016: This month to prepare for fair, I practiced patterns every day with my horse. When I got to the fair on Thursday, I washed and brushed him. The English show was on Friday, and I got reserve grand champion. On Saturday they had the western show where I got grand champion, and I got first place and an award for most creative in the costume contest. On Sunday I did gymkhana and also got grand champion. I also got champion senior showman, so I got to be in round robin, and judge adult round robin. 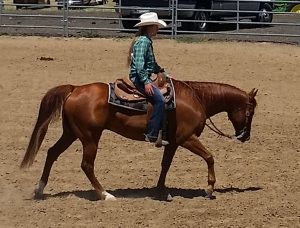 September 1, 2016: This month I went to the state fair with my horse. Out of 17 people, we got third on the written test, seventh in western riding, ninth in reining, and tenth in showmanship and trail. I haven’t gotten any prize money yet, but I did get a donation of $42. Thank you for sponsoring me!